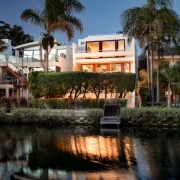 California hot spot Venice Beach has drawn celebrities, surfers, bohemians and sun worshipers since the beginning of the 20th century. Starting out as a sedate seaside-resort town, today it’s a whirlwind of activity attracting those who enjoy having the party atmosphere always available around the corner. A recent addition to the Venice market is the sophisticated home of the son of Beatles guitarist George Harrison, priced at $3.99 million.

Never a dull moment in Venice with its wide beach, surfing and exploring the Ocean Front Walk with its two-and-a-half-mile promenade filled with a buffet of vendors, art and quirky performers. Muscle Beach Venice was largely responsible for the booming interest in weight training beginning in the 1950s and the Vic Tanny gym chain began in Venice. Beach sports gained huge popularity on Venice Beach from handball courts, volleyball, paddle tennis, a bike trail and a skate-dancing pavilion. After a day at the beach there is an array of upscale restaurants, bars, art galleries and shops for every taste, interest and pocketbook. 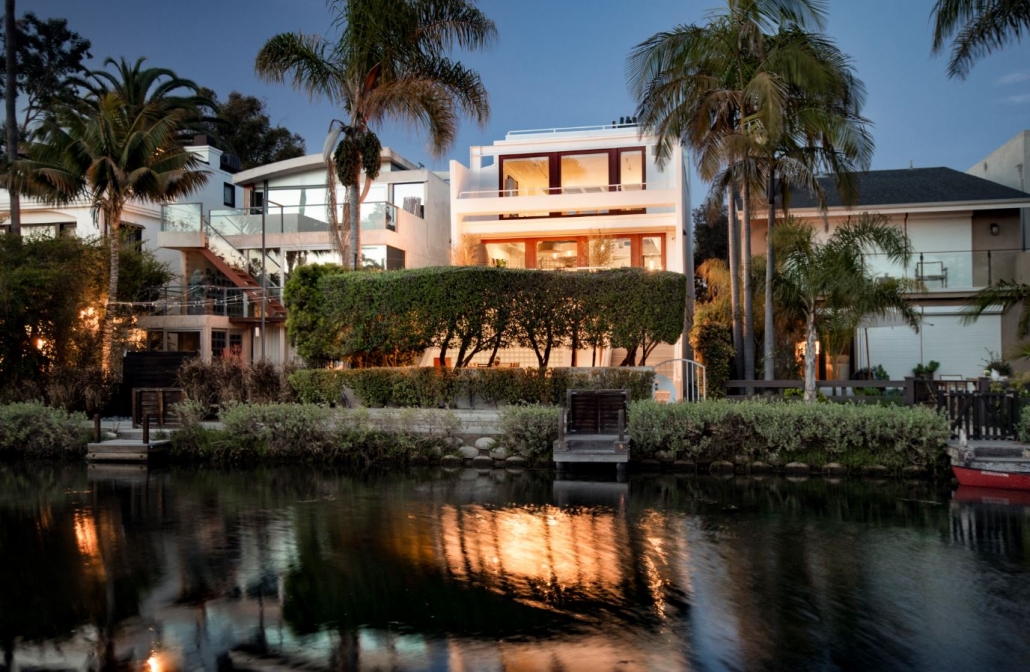 Originally called the Venice of America due to the drainage canals dug in the 1920s by the town’s original developer, tobacco-baron Abbott Kinney, a wide-range of plush residences line them today, as was Kenney’s original goal. Many are used as year-round homes and others as vacation getaways. 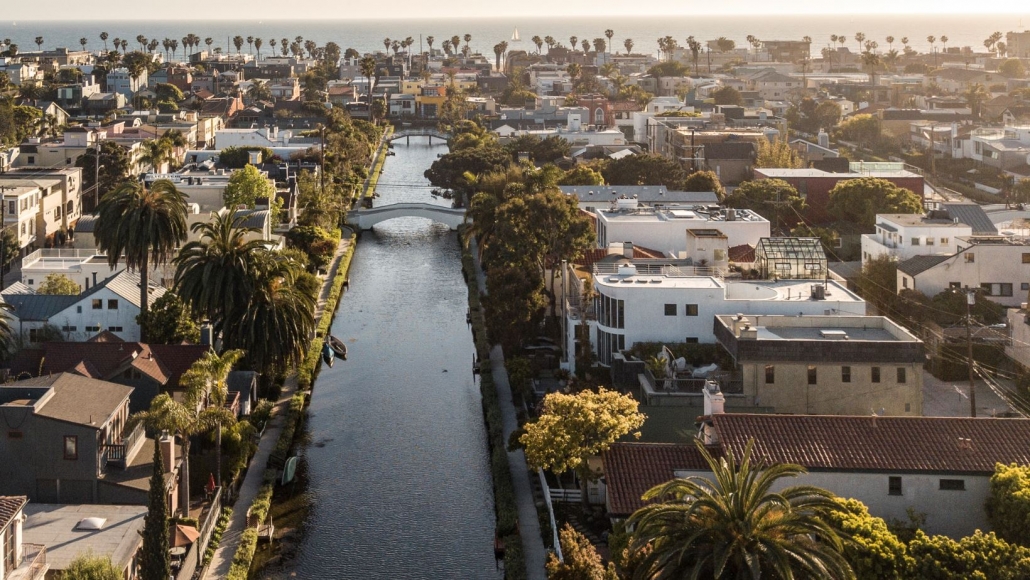 Musician Dhani Harrison has recently decided to sell his glamorous canal home that enjoys the sunrise from the rear balcony, the sunset from the west, 360-degree views from the rooftop terrace and water views from the canal-side terrace and decks. Measuring in at 2,826 square feet, the two-bedroom, three-bath home has an open floor plan with soaring ceilings. Second-level glass walls and open first-floor ceilings bathe the interior with sunlight as does the large skylight above the wide spiral stair. Updated in crisp contemporary style, the home offers multiple choices for entertaining on all three levels and has recently appeared in Architectural Digest.

Dhani, the only child of George and Olivia Harrison, has been writing and singing professionally since 2001. He has completed a number of albums and since 2013 has been composing film scores with his writing partner Paul Hicks. They have written the scores for Netflix’s Dogs and HBO’s four-part documentary series The Case Against Adnan Syed. He has recently decided to sell his Venice home, priced at $3.99 million. Co-listing agents are Nicholas Sandler and Bennett Hirsch of The Agency, Beverly Hills. 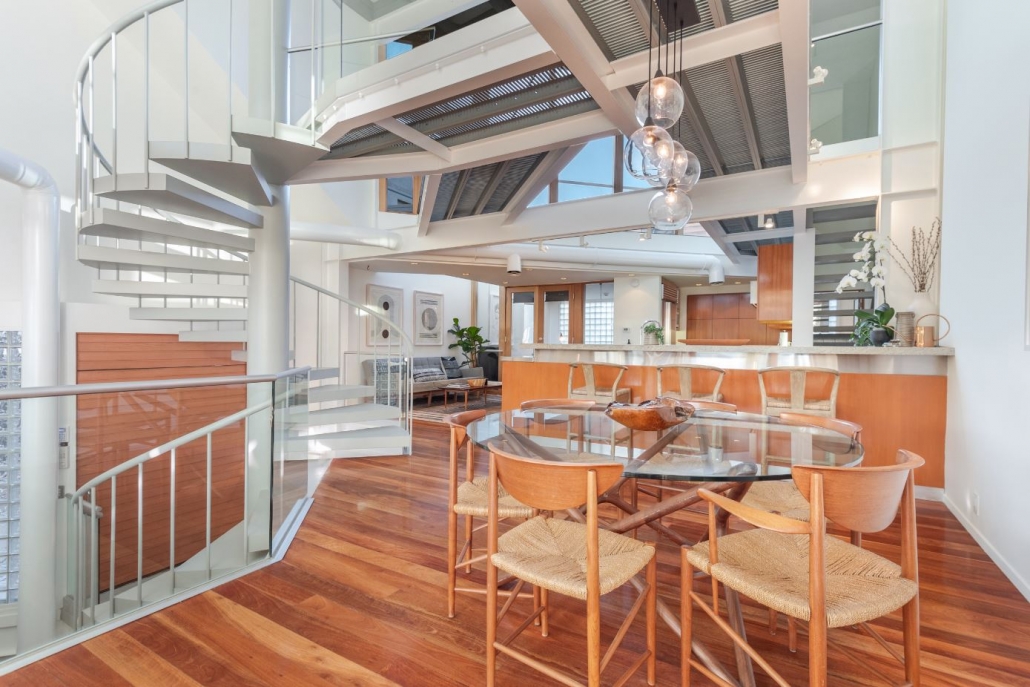 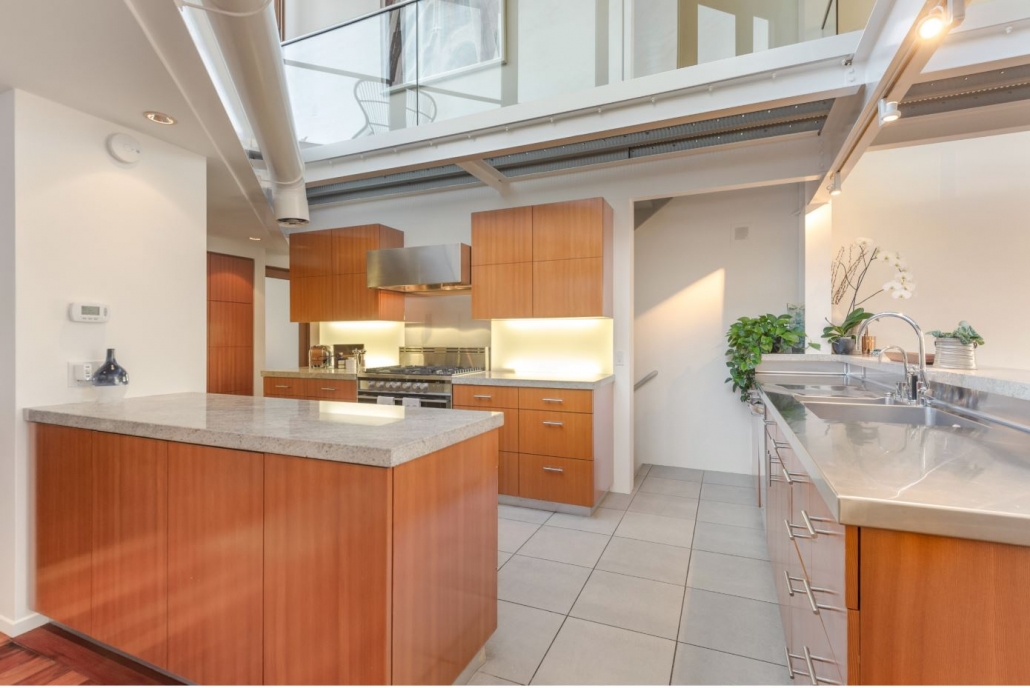 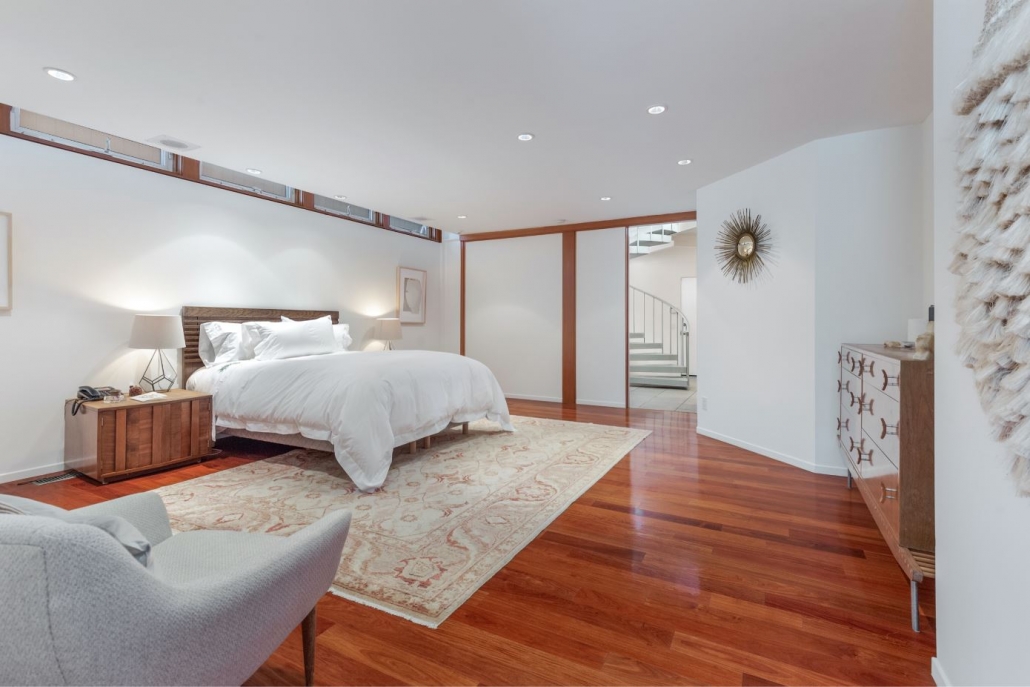 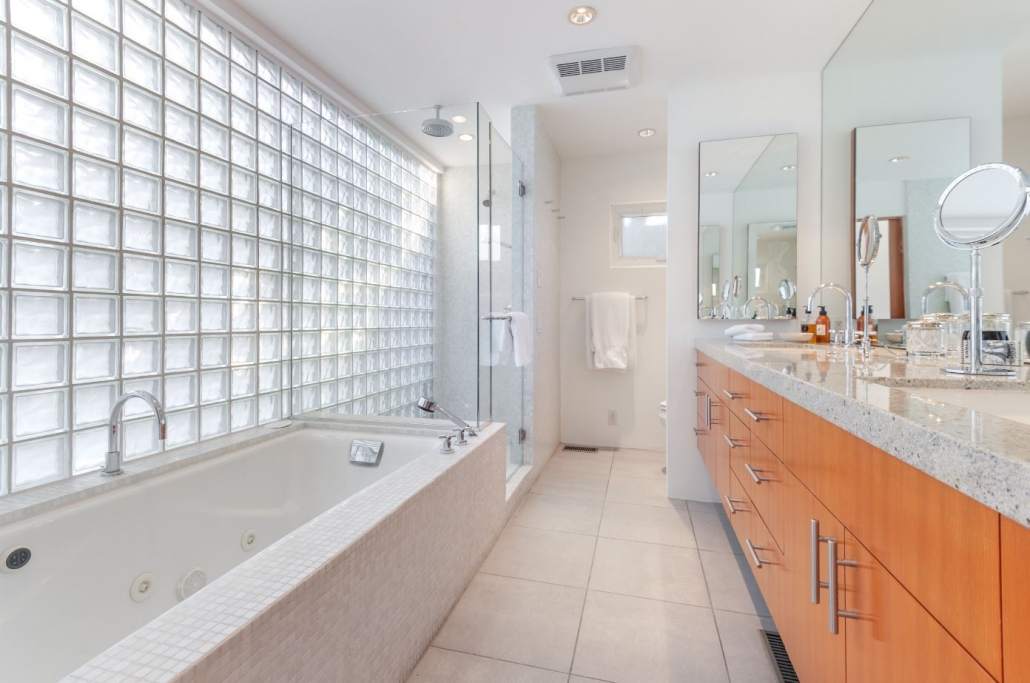